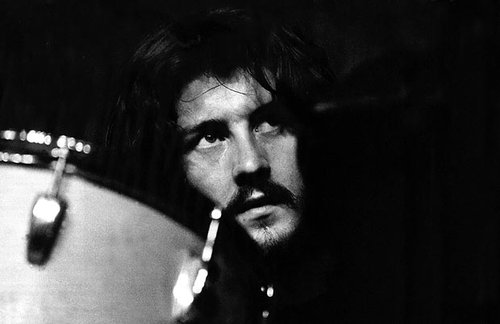 Today marks the 35th anniversary of the death of John Bonham (May 31, 1948 –September 25, 1980). As a result people are posting tributes to the drummer all over Facebook. Many of them are asking readers what their favorite Led Zeppelin song is in regards to Bonham’s drumming. Of course there are the obvious answers like Moby Dick, Fool in the Rain, and Good Times Bad Times. These are all great choices but for me, the best Bonham track is hands down Poor Tom. Originally recorded for Led Zeppelin III, it was added to the CODA song list following Bonham’s untimely death. Poor Tom incorporates all of Bonham’s gifts: a great shuffle feel, strong bass drum patterns and some nifty snare combinations. In the song, Tom finds out his wife is cheating on him and shoots her. It is highly atypical for a Zeppelin song: jug-band, acoustics, and harmonica. More of the skiffle than the Hammer of the Gods here, albeit still unmistakably Zeppelin. Bonham starts the track with that neat snare-bass drum combo then carries it through the entire composition. (Listen: https://www.youtube.com/watch?v=C4kbm9C9_nQ)